Yes, another post about Drawdown – but this time about the fundamental mindset Paul Hawken brings to the challenge.  Here’s someone who’s been working on solutions for 40 years – and who is still constructive, positive, engaging and inspiring.

Change your thinking, change  our world

There’s a deep mindset shift going on – one that Paul Hawken has been clarifying for me ever since I read Natural Capitalism back in 2002.  It’s become even more clear since I found the inspiring words at the end of his University of Queensland presentation.

I’m not going to meddle with 40 years of communications practice – just condense them a bit for reading.   I’ve added time stamps so you can listen to the original and check my interpretation.

26:05  (on the Drawdown Coming Attractions) These are solutions that are valid scientifically. There’s no science lived through yet, no economic information yet  …we put them in there because we want to give our reader a sense that humanity is brilliant, ingenious, and that we’re on the case…. we have incredible imaginations…

…. millions of people care about this and are trying things – engineers, inventors, people on the land, people on the ocean are inventing extraordinary means to reduce emissions and sequester carbon

27:02 (Marine Permaculture) Recycled PET frames with tubes going down to the thermocline… activated by the rise and fall of the sea and ocean … 93% of the heat of global warming is going into the oceans and producing heat “blankets”… that interrupt circulation patterns.  … this restarts them.

In 4-5 weeks you get phytoplankton, zooplankton,   you get feeder fish, forage fish, you get whale sharks in 6 weeks…”

28:40 What it does is cools the water and de-acidifies it.  It can be used to reverse coral bleaching if done in a significant way.

“the climate battle”,  “slashing emissions” with our carbon machetes, you know.  “Curbing” climate change.  In New York, you curb your dog.  We’re not going to “curb” climate …

“Decarbonisation” – that’s not a solution, it’s a description of the problem…  We decarbonised the earth with our agricultural methods and our combustion of fossil fuels. That is NOT the solution.

Recarbonisation is the name of the solution.

42:00  The most important thing about this language is that basically we’re objectifying the climate.  First of all, you can’t ‘fight’ climate change. You can think it, but what are you going to DO…. The climate changes every nanosecond, it’s supposed to change, it’s a blessing, it’s fantastic, thank god it changes.  Fight it?  Really?!

That is NOT going to be the mental state that solves the problem.  To think about the atmosphere or the climate as ‘other’.

Why? Because it’s a system. This earth is an extraordinary system.  Who knows if we’ll ever understand even 10% of it – it’s so amazing.  …   It’s just extraordinary, you know.

44:15 Any system that denies feedback and basically ignores it perishes – absolutely.

It means, can we look at it in an entirely new way? And when you name the goal to REVERSE global warming. It doesn’t make it more difficult, it makes it easier.

Because it opens it up, it opens up creativity…

45:10 When you think this is happening TO you, like it’s a curse,  ‘Oh my god’,  you know, ‘how unlucky I was to be born now, I didn’t do this, I’m not responsible’  When you think of yourself as a victim, as an object, you are disempowered.

…when you think about this as something that is happening FOR us …then you take 100% responsibility. You stop blaming people, you honour the science.

The IPCC has 2.5 billion data points behind the last assessment – the fifth assessment.  It is the most astounding problem statement that humanity has  ever created…Extraordinary

Why does this speak to me?

The solution to global warming is to shift our whole global economy from its inherent Industrial Revolution “extract/emit” assumptions to smarter, more productive “upcycle/regenerate” design thinking.

We’re not going to “war” then come back to the status quo when we’ve “won”.

Drawdown describes the scale and scope of the shift required – the shift to an economy that consumes greenhouse gases and regenerates the ecosystems that stabilise our climate.

The “how” is a whole creative, opportunity-filled set of solutions based around the design principles from 40 years of research and development – principles such as The Circular Economy, Systemic Design and Biomimicry.

Where does innovation come from?

While future existential threat doesn’t change human behaviour, achievement and future opportunity drives us forward.  So does the challenge of big problems – when we understand where the solutions lie.

So if we put Drawdown’s ultimate challenge – realising some of those savings of $74 trillion in costs avoided – in front of engineers, innovators  and entrepreneurial thinkers, we have a much better chance of accelerating the shift to Living Business – or whatever we end up calling our new economy.

It’s been getting underway for more than two decades, with successful innovation from The Circular Economy, Systemic Design, Cradle to Cradle Product Innovation and Biomimicry.  The change is bubbling up from the bottom and it’s hard to see the individual bubbles if you don’t look for them. (Google was a garage startup 20 years ago.)

Listen to the whole…

Here’s the video, so you can listen first hand – and while the image resolution is a bit ordinary, the content is awesome.

A video introduction to regenerative thinking 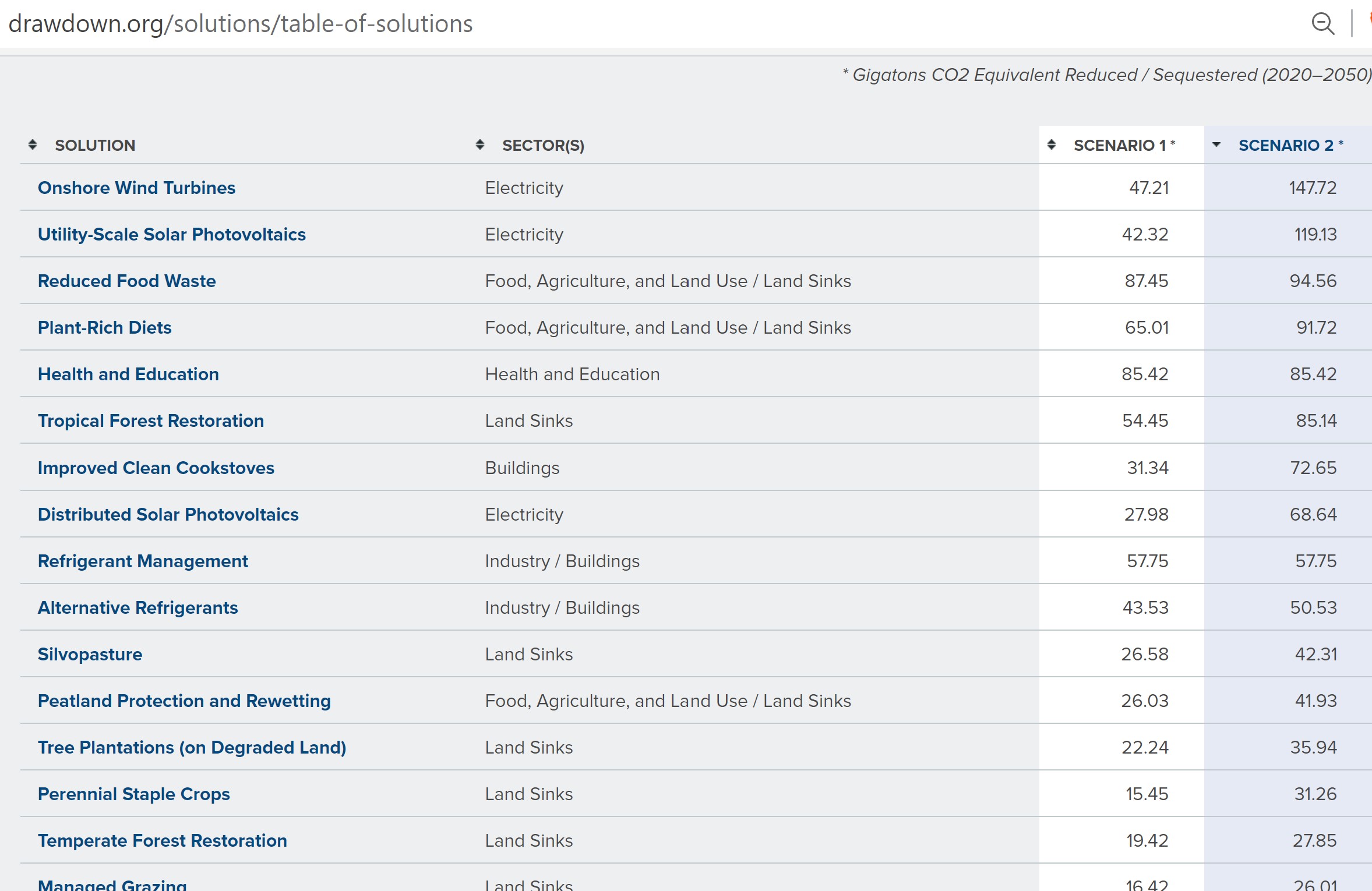 There is an increasing number of reports about...Read More